A Nepalese walk in the wild side

The Nepalese Himalayas, where snow covered peaks carve defining lines of authority into the deep blue skies above. Eagles soar with silent grace, their shadows skirting the undergrowth a warning to their pray. Watchful eyes beneath look up with awe. Colourful prayer flags flutter in the wind, their edges frayed, a mark of their time in the face of the elements. Cold, wind, snow, sun. A stream flows down the valley, the icy water so pure from its glacial source, and laden with sediments and minerals and life.

I could not help but feel nature was putting me in my place when I visited these mountains. You wake to silence, bar the faint call of an eagle overhead. You are at peace. The wind is calm, the skies are blue, and surrounding you in all directions is natural beauty. It towers overhead, pushing upwards of 8000m, where few dare to venture. Man has always seen the need to conquer all, but these mountains will always decide who will pass and whom they will keep.

The Nepalese people that live among these peaks wear faces of a hard life. You can see the toil in their eyes, their skin hard and sun kissed, clothes worn and jaded. Yet those dark eyes and smiles radiate with warmth. "Namaste" we say, and they shine in return. Nepal was devastated by the 2015 earthquake, which killed thousands and reduced entire towns to rubble. Piles of stones remain, even three years past, a painful reminder that this ghost still hangs close. The rebuilding process is well underway, and new properties now replace the old and the empty. Stones reused and plans rebuilt. Tourists again swell among the major artery trails of Annapurna and Everest base camp, however it was the peace and solitude we sought, and found.

The sun beats down. Spring flowers sway in the winds. The clouds form; huge plumes of white billow upwards, shrouding everything from view. Snow flurries, swirling glittering ice crystals dust the ground with icing sugar. The weather has its patterns, yet it can never be predicted. Like the mountains, it too will decide the path that we follow.

The Yaks stand resolute, their thick coats accustomed to the harshest of winters. A stone house leans empty, its caved roof sagging under the strain of an ageing load. Open windows allow the cutting wind to pass through unstirred; a weathered door hangs on a rusty hinge. Timber that was once a floor now lies at an angle, covered in the decaying walls of this once dwelled in residence. But the house holds its story, keeping its secrets.

Sometimes the clouds creep up the valleys, bringing with them a cold, empty silence that hangs for hours. Solitude presses in like a heavy mantle such as I’ve never experienced before. I close my eyes and breathe in the clean air. It fills my aching lungs with a fresh reminder of where we come from, and who I am, an insignificance among deity. In front of us is the most magnificent view unfolds. Jagged peaks of greys and blues march away for as far as we can see. Rocks as large as houses, glaciers as large as mountains, mountains as large as the world has to offer.

The mountains, the rawness overwhelms us.

We soak in the view. Breathe in the air, and continue on.

The landscape changes dramatically over the space of one thousand metres, the lush forest and fauna quickly becomes rocky and exposed. Temperature begins to drop sharply and the altitude hangs at our waist, the lack of oxygen at height can challenge even the fittest! We pick our way through large boulder fields and over moraines, shirking to the crash of a distant avalanche, the only sound in an otherwise silent landscape. The scenery is like nothing I’ve ever seen.

The thin atmosphere at these altitudes makes everything difficult, however these strains appear to be regarded as something of the norm by the Nepalese. En route towards Gokyo, we pass a few trekkers and locals. The porters, hunched and bowed down, carry incredible loads for miles along uneven dirt paths, over bridges and up countless steps, sometimes shod only in sandals. I watch them with a mixture of admiration and sadness, as they try to keep up with the exploding tourist trade.

After one week my stomach lurches and my energy sags to a halt. It is part of the experience we are told, and so it was. Fire and fever cripples me for three whole days, sweating and shivering its course through my body. Challenging times, yet I eventually emerge to fight another day. Limping at first, and then in stride. The long journey continuing upwards, the air ever thinning, and the scenery ever breath-taking. What course of medicine betters a natural view such as this? My vigour returns. Our breathing is slow and short, three paces and stop. Resting elbows on thighs, foreheads hung low until the labouring gasp for oxygen passes.

The shadow of Everest (out of picture) at sunrise

At the highest point the clouds part, as if to reveal natures staged finale. In front, towering above everything else shimmers Everest. Angular. Majestic. Foreboding. Her distinctive lines tower above her closest competitors, Lhotse, Cho Oyu and Makalu. Being so close to the highest part of our world was quite breath taking, and we sat in awesome silence before the clouds close and the moment becomes a treasured memory. Beneath us the Gokyo Lake looks up, her place at the side of the Ngozumpa glacier as uncertain as the ever-changing landscape that surrounds her.

My muscled ached, my lungs were burning, and the altitude dragged at my waist. Yet as I sat at the top of the Renjo-la pass, surrounded by such incredible beauty, I felt completely at peace. Beside me the colourful flags flapped in the gentle winds. The air was pure and the snow fresh and ankle deep underfoot.

It made me consider how unnatural we have become.

Everything in the area was awe inspiring, and so we continued our journey, onwards and downwards. Our legs trembling, our fingers warming, as we descended down. The snow covered footsteps provide a map for us to follow, charting our route. The snow line came and went, and then the mist: grey and whispy, moved slowly, creeping with a gentle grace and consuming everything in its path. We walked on for hours in cold, quiet silence. The smell of the landscape so clear, so calm, until finally dropping further into the main valley, we gladly sought sought refuge for the night.

This was rural Nepal. However as we started our return journey, I couldn’t help but feel that it wasn’t real Nepal. Towns were expanding; tourists are the lifeblood of the local people. Roads are being built to keep up with the trekking surge, and change is everywhere. But real Nepal is hidden further into the mountains, and to see that, you really have to venture further from the beaten path. I plan to return again at some point in the future with my camera and do just that.

I will treasure these memories, however I feel I have still to see the true side of Nepal. 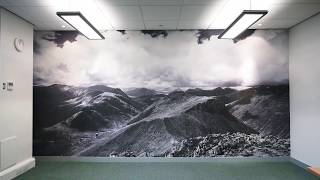 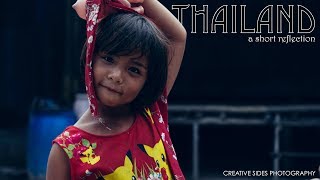